Some may know that I spent almost a year away from social media influences (mainly facebook). I spent a year soul searching and finding my motivation for what I love again. It was an up and down year but I don’t regret it at all. During this time away I embarked on a self-growth journey, doing many things outside my little box.
I’ll start with Priya Walia Creative, my old brand. I had launched Priya Walia Creative (PWC) back in 2010 and then launched my little studio and website in 2012.
I received quite an overwhelming response and following from it. PWC helped me learn so much about the industry. Some good lessons, some bad.

Being a British Indian female, it was almost inevitable that the assumption was made that I capture nothing but Asian events and people. I love my culture and my roots, but I do feel for business and for running it entirely alone, PWC became draining and a little unthankful. However, I still went along with it, almost trying to “fit in” because of the fact that I am a British Indian female and thought this was how I would be accepted as an Asian female photographer.

In January 2013, I made the decision to close down my personal social media channels and used an auto-scheduling app to keep my business live through social media.

So my year away from social media influences and detachment from PWC began. I felt this move had opened up so many more opportunities. I had various part-time and full-time temporary jobs. I also became heavily involved with charity work. I started getting “out there” as a person, meeting new people, friends and loved ones face to face again. I even copped myself a job interview 3 hours away from my hometown. At this stage in my journey (I thought) I had wanted to restart a new life out of town with a degree related role.

Throughout all of what was going on with me during my manic year, I always had my love of photography in my heart. A little bit like an unbreakable bond between my camera and I. I didn’t know how or when I was going to, but always knew I would continue my life as a photographer some day after my break away. I was constantly hoping and looking for a breakthrough that would get me back into the swing of things. That breakthrough finally came in November 2013 and boy what a breakthrough it was.

I’m not one for name-dropping, but those that know me well will know exactly who I’m talking about. I have followed the work of a particular internationally recognised cinematographer and photographer for a few years now. I was inspired by his imagery, his vision, his creativity and his humble nature. From connecting on social media (before deactivating) I had exchanged messages and engaged in his posts with support and enthusiasm for his work. The biggest thing that inspired me about him though, was that he was from a completely different background and upbringing to what he was capturing as the face of his company (I realise that this may now be a give away about who I am talking about).

So I reactivated my facebook one day and I saw he had posted a status about possibly needing an intern. I thought he was joking, so I simply posted “me me me!” not thinking any more of it. The following day, a cold, miserable Monday afternoon, I think around 4pm-ish I had a little red notification on my phone’s facebook app. Thinking it was one of my personal friends, I opened the message… and almost fainted. It was him with a simple message “I would love to have you, but your location.” I live in Wolverhampton, but his head quarters were over in Middlesex, outer London. I’m very lucky to have supportive family that live only a half hour drive from where he was based, so when he asked for me to be at his office at 9am the following day, I packed my bags on the spot, and headed to West London. If an opportunity like that knocks on your door, kick the damn thing down and GO GET IT! I guess you can say… the rest is history.

My opportunity interning for someone I had consider one of my biggest inspiration totally transformed my approach to my art and reignited my passion for photography. I always left his headquarters feeling positive, inspired and ready to plunge into change.

It’s taken me an entire year to find the right resources to help me on my transition. I have done many things out of my comfort zone to make today possible. I am now ready to share this change with you all.

Welcome to my new website, brand and journey – SORRISO Weddings and Portraits.

To my future Brides and Grooms, I look forward to being part of YOUR journey too and photographing your magical weddings. 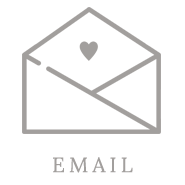 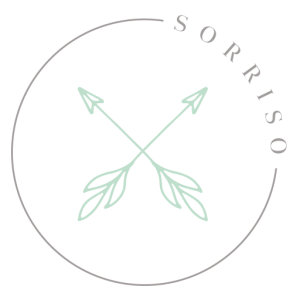 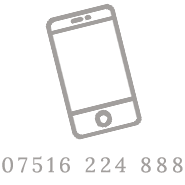